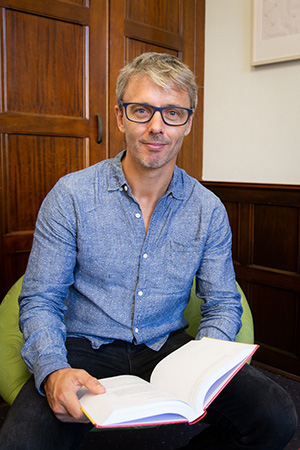 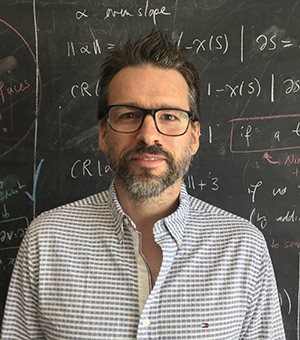 Professor Stephan Tillmann studied mathematics and philosophy in Mainz (Germany) and Melbourne (Australia). After graduating with a doctoral thesis in low-dimensional topology from the University of Melbourne, he spent three years each in Montreal, Melbourne and Brisbane. Stephan joined the University of Sydney in 2011 and currently holds the position of Professor of Geometric Topology.

Stephan’s specialist expertise is rooted in the topology and geometry of low-dimensional manifolds, and his research interests extend to neighbouring areas in mathematics and theoretical computer science.

Bregje completed her PhD in 2016 at the University of California, Los Angeles, where her research mentor was Paul Balmer. She studies triangulated categories and tensor categories in representation theory and algebraic geometry.

Joel Gibson is a SMRI research associate and a member of the algebra research group. He received his PhD from the University of Sydney in 2020, under the guidance of Dr Oded Yacobi. He previously recieved his B.Sc with honours in 2015, majoring in mathematics, physics, and computer science.

Joel’s research interests are in algebraic combinatorics, particularly those relating to Kashiwara crystals, and some aspects of modular representation theory. He has a keen interest in making the abstract parts of mathematics more concrete and understandable, by designing programs and visualisations to illuminate representation theory and guide intuition. 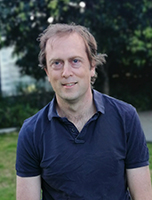 Alan Stapledon graduated from the University of Sydney in 2003, with the highest average grade of any undergraduate science student in that year. He completed a PhD in mathematics at the University of Michigan in 2009, winning the award for best PhD thesis. He worked as a postdoctoral researcher at MSRI at Berkeley, University of British Columbia and University of Sydney, over a 3 year period. He retired from Renaissance Technologies LLC, after working as an equities researcher for 9 years and joined SMRI as a research affiliate in September 2021. 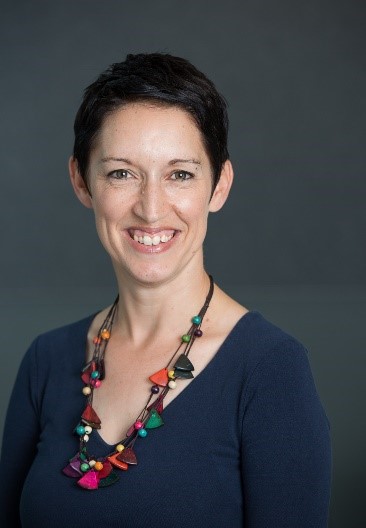 Kate Doyle commenced with SMRI in December 2021 and has overall responsibility for the operational management and administrative support of the Institute. Kate also oversees the work activities and growth of the professional staff team and collaborates closely with them on delivering best possible work outcomes.

Kate moved to Australia from the UK in 2001 and has worked at The University of Sydney since January 2005, primarily in the Business School. She has had success as a large-team manager, an engaged collaborator, a proactive trouble-shooter and an energetic contributor to initiatives and projects. She endorses a positive workplace culture and is currently Wellbeing Champion for the School of Mathematics and Statistics. 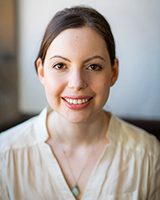 Larissa Fedunik-Hofman studied Mechanical Engineering and Arts at the University of Queensland and the Technical University of Munich. While undertaking a PhD in solar chemistry at the University of Newcastle, she began working in STEM publishing and science communications. After graduating, she worked at the Australian Academy of Science producing educational articles and videos.

Larissa joined SMRI in December 2020. Larissa blogs about science and history and has written articles for New Scientist, Smithsonian Magazine and RenewEconomy. She is currently a volunteer for the science advocacy charity Pint of Science Australia. 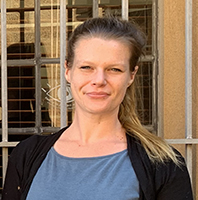 Hannah Bryant joined SMRI in June 2019 and has over 15 years of experience in office administration in the private sector. She has a Masters of Research, majoring in Egyptology, from Macquarie University. 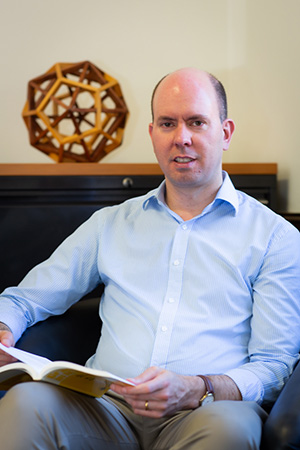 Anthony Henderson received his undergraduate degree from the University of Sydney and obtained his PhD from the Massachusetts Institute of Technology in 2001. He worked at the University of Sydney from July 2001 to June 2022, becoming a Professor of Mathematics in 2016. He is also a founding Director of the Simon Marais Mathematics Competition for undergraduates in the Asia-Pacific region. In April 2022 he was farewelled from SMRI at the Hendoff.

Broadly speaking, he is interested in geometric and combinatorial aspects of representation theory. In particular, he studies the geometry of nilpotent varieties and Springer fibres, and their generalisations. 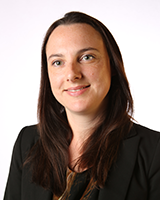 Kate Ridler was SMRI’s Executive Officer from January 2019 to October 2021. She was responsible for the effective implementation of the Institute’s operational and administrative processes, as well as having oversight over the growth and management of the professional staff.

Kate moved to Australia from the UK 15 years ago and spent 13 of those years working in various Senior Administrative roles at the University of Sydney. Kate recently returned to the UK with her son to begin the next chapter in their lives. Kate is an advocate for child welfare and stopping domestic family violence and is studying to obtain a certificate in Domestic and Family Violence support.