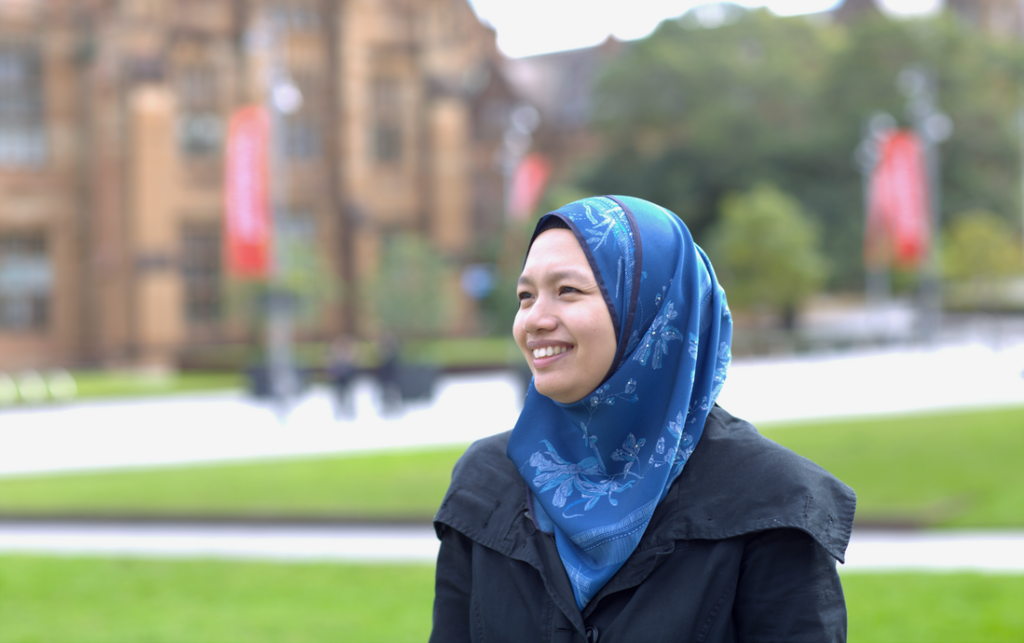 Have you ever been driving down the highway and found yourself stuck behind a slow-moving car, blocking an otherwise fast-moving lane? When this happens to Dr Syarifah Nordin, Senior Lecturer at Universiti Teknologi Malaysia, her mind jumps to mathematics.

Dr Nordin works in operations research, the mathematics of decision-making. It uses a combination of analysis, mathematical modelling, algorithms, heuristics, and programming to reduce complicated problems to more tractable ones.

The problems Dr Nordin works on are practical: from maximising returns on fixed-term investments, to optimising supply chains and delivery routes. Almost every problem a business might face in logistics or decision making can be better tackled using mathematical analysis and modelling.

Industries often don’t know that mathematics can help them solve their problems. I will go around to industry visiting different people, try to get an idea what their problems are, and teach them how they can be solved with mathematics.

Much of Dr Nordin’s research focusses on scheduling problems, especially scheduling of jobs on dynamic parallel processors. Behind every cloud-based service there is a network of computers, receiving huge numbers of job requests every second. Maybe it’s a request to search your email messages, plot a route to your work (taking traffic delays into account), or to stream the latest show you’re watching. The computers need to receive all these requests, and then distribute each task to a processor to complete the job. Whatever algorithm is driving this process has to take many different things into account: among them how long a process has been queued, the differing speeds and loads of the processors, and whether there are likely to be disruptions. If a job is very computationally intensive, the computer might even have to parallelise it, dividing the work among several different processors and managing the different completion times of each sub-job. These problems become complicated very quickly.

Scheduling problems don’t just arise in the high-speed world of computing; they arise in everyday life too. Whenever you decide which lane to drive in on a busy highway, or which queue to join at the grocery store, you’re facing one yourself. Large organisations trying to allocate projects to their employees, or to manage competing demands for resources, will have to wrangle a knotty scheduling problem. A bit of a cottage industry has arisen, with different people developing their own heuristics and approaches to resolving these conflicts.

People love to do scheduling manually! But it takes a lot of time, and automatic scheduling can do it much better.

Dr Nordin sees these practical problems everywhere, and was attracted to operations research out of a desire to solve them.

In Malaysia we have toll booths, and before you enter the highway you need to stop to pay. How do you choose which queue to enter? This queue may be shorter than that one, but it also may have a person who is taking their sweet time. There’s an ideal solution, but as a driver you don’t have enough information to make more than an educated guess.

You see these problems everywhere, and it bothers me when things aren’t being done efficiently. If I’m at a traffic light, and suddenly the light turns green, then I’ll start accelerating. But if the car behind me is faster than me, I’m holding them up. It would be much more efficient if I could just pick them up and put them in front of me.

Being immersed in the connections between the practical and the theoretical, Dr Nordin is a firm believer in the power of mathematics education. She and her group do a lot of work with high school students, teaching them deep mathematical concepts through fun activities and harnessing the power of technology.

People say mathematics is hard, but I think that’s just because the mathematics they see in school is not applicable. They’ve blocked their minds, and have written it off. Once they see that mathematics is everywhere, and how understanding the concepts can really help them in their life, they’re much more motivated to think that it’s easy.